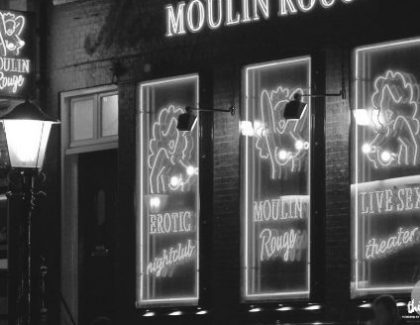 When I was still living in Singapore, in the days before I came to serve as a missionary in Thailand, I had the privilege to visit Tamar Village, a ministry that reaches out to Singaporean girls who are working in the commercial sex industry.

There was a single mom caring for seven children and all of them had different fathers.

As I listened to the stories that were happening right there in prosperous Singapore, I understood a little more about the realities of the poor and marginalized who had fallen through the gaps in that country.

There was a single mom caring for seven children and all of them had different fathers. There were ladies who had to go back to the streets each time they needed money. Most of them did not know any other way of coping with their financial difficulties. The numbness that had grown over the years apparently made them feel nothing when they had to sell their bodies in exchange for money to buy milk powder or other daily necessities.

As we look at these lives, their situations can seem hopeless.

But how does Jesus see these women?

A friend then reminded me of a true story found in John 4 of the Bible.

Jesus was passing by Samaria. When He was thirsty and tired, He sat down by a well for a rest. A Samaritan woman came by to draw water in the hot afternoon and Jesus asked her for a drink. On the surface, this seems quite ordinary.

However, Jesus was a Jew and devout Jewish men did not allow themselves to be alone with a woman. If they had to be around women, they would not enter into a conversation with them. This would risk them becoming unclean, invite gossip, or be associated with immorality. But Jesus chose to talk with the woman.

To make things worse, this woman was on the margins of society. It was the afternoon and most women would go to the well to collect water at a cooler time of the day. But this woman had come at a time when she would be least likely to meet anyone who may have known her past immoral lifestyle. She did not want to be judged or be the subject of gossip.

Jesus knew all about her lifestyle and her disreputable past that she had had five husbands and was currently living with a man who wasn’t her husband. But still, Jesus engaged in a conversation with her.

Through the conversation, Jesus offered this woman the new life that He offers to all. Regardless of gender, nationality or background, Jesus offers the same gift of life to anyone and everyone who chooses to believe in Him.

The woman asked Jesus for some of the living water that He had offered her. This led to Jesus revealing Himself as the Messiah to a Samaritan woman — a revelation that Jesus had not yet revealed to the Jews.

When the woman finally realized that Jesus is the Messiah, her life was never the same again.

By Jewish standards, Jews would not even take a second look at this Samaritan woman. But in the eyes of Jesus, she was a precious person, someone that Jesus chose to minister to and offer eternal life.

The work in Tamar Village is very challenging. It is so easy for the girls to go back into the trade. The staff in the ministry shared of their struggles, discouragements and pain. They invest so much in the girls, but in the end many still go back to the trade.

The women they serve are like the Samaritan woman, they have emotional wounds so deep that they have become numb to the brokenness they are living in.

But this is the very reason why Tamar Ministry was started. Those serving in this ministry know that the women they serve are probably the first people that Jesus would talk to if He were right there in Singapore. They know that these women are so precious in the eyes of Jesus.

Jesus demonstrated by His actions that every person has worth.

This is the good news of the gospel. Jesus came to save, not the righteous, but sinners. He also spoke to the poor, lowly and down-trodden, those like the Samaritan woman. No social barrier is too extreme for the gospel message to cross. Jesus demonstrated by His actions that every person has worth. Social or racial standing never places a person beyond the touch of grace. Because of sin, the world discriminates, stereotypes and casts out those who are different and there can be a false sense of superiority. But Jesus came to destroy all these lies and break them down through His love. Jesus says that the gospel is for all! There is hope, and He is the answer.

We are all broken people whom Jesus came to heal and save. We easily forget Jesus’ love, grace and mercy to us and fail to show these to others. How can we begin to look at others through the eyes of Jesus?

Thinking about this makes me want to learn more about what is happening in Thai society. If Jesus were right here in Bangkok city, where would He go first? Who would He talk to first?

It is no secret that the sex industry is a thriving trade here. Exact numbers are hard to determine but a 2014 UNAIDS gap report estimated that there were 123,530 sex workers in Thailand. Rahab Ministries, a group that has been reaching out to commercial sex workers in Patpong, Bangkok estimates that over 4,000 girls work in the sex tourism area of Patpong nightly.

I wonder if there are local churches in Bangkok who have opened their doors and reached out to women in the sex industry. Would it be seen as unholy, inappropriate or just too much trouble?

Jesus broke through all barriers and reached out to the Samaritan woman radically. How can we who claim to be followers of Jesus do the same?